Jim Spaceborn was between 1983 and 1987 the lead character in 2 comics: The Unknown Galaxy and Kidnappers Of Swamp Planet/Castle Of The Shadow Men. The comics were written bij Frank Madson. The initial 12 page test album before The Unknown Galaxy was called Mission Spyspids.

The Unknown Galaxy was released in 6 countries, Kidnappers Of Swamp Planet/Castle Of The Shadow Men was released in 5 countries (Denmark was not included this time). In 1986 there were plans for an animated movie,  an animated series en a computer game, but unfortunately none of the above saw the light of day.

There was also a third comic to be published named Panic In Space, but that did't happen. However,  Frank did make some layouts for it.  And there were plans for 3 mini-comics,  named The Monorail Service, Cleaning Robot and The Competition. They were also never released by Lego.

The inspiration for Jim Spaceborn was the in 1983 written book with the title Trapped In Space. Unfortunately this was only a prototype book, never to be released. The book was written by Douglas Hill. 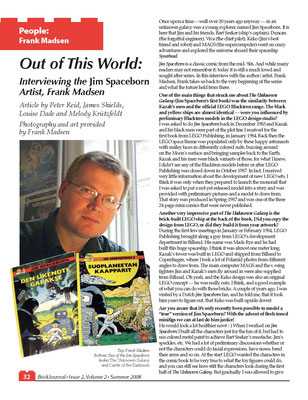 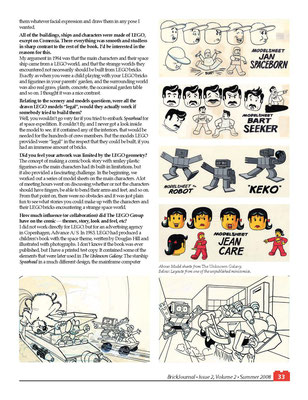 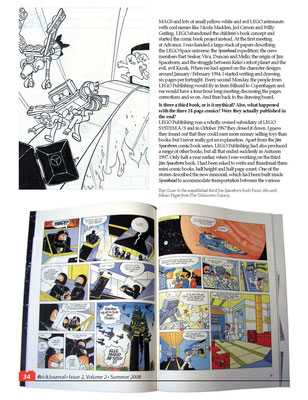 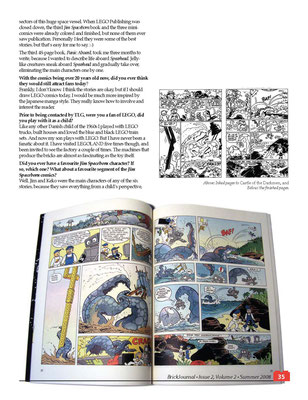 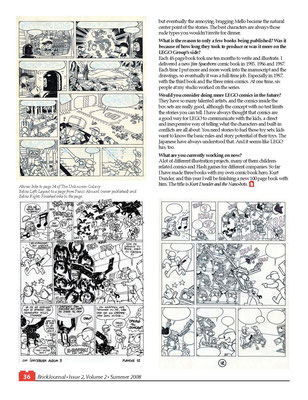